Help! I fell into MSX rabbit hole and can't get out 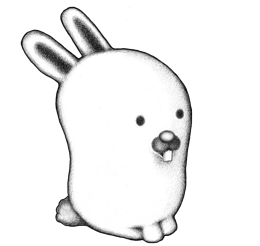 I still can't get over the fact that we embraced the boring beige boxes for our computing needs over the industrial design that was happening with the MSX platform. Even the cheaper models had STYLE that still looks sleek today.

It's a shame the platform never really took off much outside of Japan. #theObservatory

@FredBednarski for sure, I managed to grab a HitBit but it was burnt out, wish I knew how to fix it. I only found out about these systems a couple of years ago, crazy they weren't more popular.

@flame Lucky you - would love to have a Hit Bit, but the prices nowadays are outrageous!

I was aware of MSX existence for some time, but never really dug into it. Recently I've seen a video about a UK model (Toshiba HX-10) and I kinda got hooked.

As for your hitbit, I bet people at https://www.msx.org would be able to help... and if it's a lost cause, I would just interlace that keyboard and make it into a raspi machine or something. It's too pretty not to use it ;)

@flame ...and as to popularity, they were doing OK in Asia before NES dominated the market, but failed to make a dent in Europe and US. I guess the home-grown machines were just that much cheaper or had better marketing.

It's a shame, because C64 and ZX Spectrum really started to shine in the later years, so I can only imagine what amazing stuff could be done with even the basic MSX1 standard.

@FredBednarski it's funny how different the territories worked. Home computers like C64 were way more dominant in the UK/Europe, but not so much in the US if I recall

@flame Yeah, microcomputers never really broke out in the US. They were there, but where more of a nerdy thing. I guess because consoles happened in the US, so kids would rather have a NES of Genesis than a computer for nerds :P

In Europe computers were much cheaper than consoles, especially when you consider games. You could get a new computer game for couple pounds (or free if you pirated), while console games started in tens of pounds instead.

@FredBednarski oh yeah, I remember grabbing a bunch of Amstrad tape games from a bike/toy store for 99p

@FredBednarski also funny I didn't realise how much the Amstrad and MSX had in common, at least same processor I believe

I've read somewhere that a lot of that similarity in computer design is there because of early prototypes done by SpectraVision. Will need to research more to be sure how much of it is true, but definitely there's a direct connection between SpectraVision and ColecoVision (they sold the design to Coleco) and MSX (the same design was used as a base for MSX1)