Lived in Japan, Italy, and spent some time in Ukraine.

Hey guys, I'm Preston. I joined Merveilles in 2013 after interviewing Alice on a podcast I was doing in High School. Shortly after I packed my bags and headed to Tokyo to live with another member I met here and stayed for a year and a half. It was one of the best years of my life and I owe it to this community. I left Merveilles in 2017 due to how hectic my life had become. I consider myself a programmer, but I am also extremely ADHD so I never finish anything. Nice to meet you

OSdev was everything I was told it would be 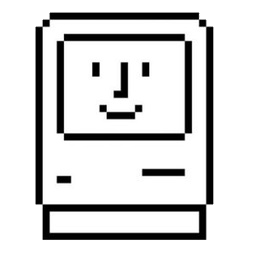 I was tweeting about my survival horror text adventure for Pico8 again and thought I'd share it here too, I hope you check it out !

[THREAD 9/9] I didn’t record much or take as many pictures of Jupiter, I felt it was better for me to see it through my own eyes – but that changed when we came across entrance to the basement and all the equipment scattered across the floor left by Stalkers. Not even our guide has seen this before.

[THREAD 8/9] Science teams remained at Jupiter until 1996, five years after the collapse of the Soviet Union. My guide had told me that among documents discovered in Jupiter, one in particular had been dated for 1993 and was addressing Moscow of a breakthrough they had made, seemingly unaware that the Soviet union had collapsed at all.

[THREAD 7/9] There are many theories on what the science team at Jupiter happened to be doing down there, and one theory in particular suggests that they were utilizing the basement to test methods of extracting plutonium from the decaying uranium fuel in soil samples and the graphite itself. Of course these are rumors and nothing is official, after all they were testing techniques for decontamination.

[THREAD 6/9] The radiation measurements vary, but it is said to be upwards of 10 milisiverts per hour of pure gamma radiation – meaning that even without exposing the Geiger-Muller tube, you are already detecting and thus receiving an enormous dose – enough that even a few minutes of exposure would lead to me getting bi-monthly check ups at the hospital. Every hour of standing next to this object is a full body CT scan directed at whatever limb might be closer.

[THREAD 5/9] … An abundance of waterlogged schematics for robotic designs right where they were left decades ago, various research chemicals and equipment, and to top it all off, the source of the radiation in the basement. Hidden in a closet behind a decaying cabinet are two large metal bins that contain what is believed to be graphite from inside Chernobyl reactor #4’s core turned into dust and it is EXTREMELY radioactive.

[THREAD 4/9] Three years ago, Stalkers started releasing videos of Jupiter plant’s basement. This is a relatively new phenomenon. Equip't with particulate level 3 masks, contamination suits, and waterproof coveralls, they descended below and found something strange. Thick blocks of graphite with cylindrical holes in them the very same used inside Chernobyl’s nuclear reactor cores to house the Uranium fuel rods, contaminated soil samples still wrapped neatly in plastic and left on shelves…

[THREAD 3/9] Up until recently the basement of Jupiter had been relatively unexplored. Jupiter is incredibly complex in terms of size and the basement is no different – It is not only easy to get lost, the basement is flooded with water up to your thigh, and to make matters worse it was said that water to be highly radioactive.

[THRAD 2/9] In the aftermath of the disaster, scientists returned in secret to develop various decontamination techniques and would later produce the robots used to clean the roof of reactor 4. However something a little more mischievous was occurring the basement of Jupiter. The activities at the plant are not well documented and most of what we know is from the Stalkers who skulked around the facility.

[THREAD] There are many myths and legends regarding the Jupiter plant and it upholds its reputation. Jupiter plant, as it was known, was a film and camera production factory. In fact even today, if you were shopping around Kyiv for a film camera, you might still find a lens that was produced here. But that's the cover story – Jupiter was a top-secret military robotics facility. Continued below, video at the end.

In more boring news, I've implemented structs for the assembler, so instead of weird syntax to get the size of a rect by counting the number of bytes after the pointer, for example:

Along side A Silver Mount Zion, Godspeed You! Black Emperor had a lesser known side band called Set Fire to Flames, which consisted of Sophie Trudea, Mike Moya, and David Bryant.

Made another batch of Indian-style carrot pickles. Just 1 kg of carrots this time, but I'll likely start another jar this week.

» Mydora is a continuous streaming player that gives you a deep dive into the lost archives of Myspace Music, based on some recovered data called the Dragon Hoard, with some additional metadata (most notably the locations and genres) from a different scan of Myspace conducted back in 2009»
https://mydora.restorativland.org/
#thestudio

Behold the logo of the original Addiators— flat, pocket-sized, mechanical devices made from sheet metal that let you add and subtract numbers, by sliding digits up and down with a stylus.

I don't even really enjoy lo-fi all that much but it's all my ADHD brain will let me listen to when doing anything, and I HAVE to listen to it, otherwise the loud static of silence becomes a distraction.

Totally, NOT building an OS.

Lived in Japan, Italy, and spent some time in Ukraine.