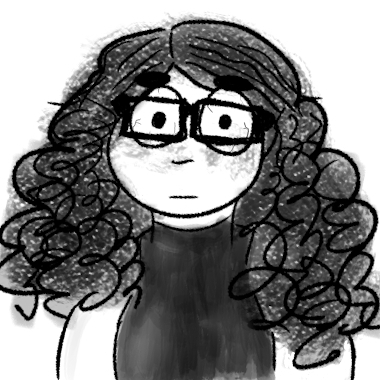 @grey @rostiger @cblgh @nomand it was lovely to see you

@parenthetical @neauoire it does constrain collective thought, which afaik, is not the thing the studies are about. Maybe because it's too obvious.

@grey Did you have to be strategic about how and when you moved around to satisfy your health needs, or was it mostly just about knowing to do it, and remembering where something is when you need it.

@grey No, I did not realize what it was. I guess probably a bit like that, but I wouldn't go for any sort of realism. I'm currently thinking randomly scattered platforms in an endless expanse with storm cubes flowing over everything.

There would be a way of winning I think. And maybe a difficulty slope to climb.

@neauoire No, It's still possible. I've always wanted to see a game where the player has complex needs that relate to a complex environment in interesting ways, where surviving requires knowing the region extremely well.

It seems like a core thing that humans do, but no physical world environment fully gets it into gear, and for some reason most games just don't reuse environments enough for it to happen. Even metroidvanias haven't. The closest thing is learning timings in FPS multiplayer maps.

@neauoire I'll never make this because I have Alien: Isolation in VR now.

@neauoire :o I don't think I ever showed you (or anyone outside of my first compsci class) but the first game I ever made was just like this.

I made the wide view thing work by making the walls of vertical pipes, then positioning the pipes based on their angle from the view angle.

The player had a wall cutter that they had to charge sometimes, and there were chargers in the maze, and there was going to be a monster but I never put it in.

@kototama how does clojure implement its lists?

@cblgh signs are the purest form of art

@tomisme Sure. It's necessary. I guess I think it's going to be less prominent when our client/browser/editors can remember all of the mappings we've seen or interacted with, in that situation they can warn us when there's an impersonation.

And I guess I'm noticing we really want them to. You can't even make a global wiki without stuff like that.

@mycorrhiza Yeah, one of the big insights I've noticed is that this doesn't have to be clunky, if you have a query language and smart servers then they can just always keep those objects together, and send them to you together, and once we're doing that, I think separating pages into lots of little parts probably becomes a good pattern.

@mycorrhiza Oh hey there's a lot I don't know yet. A *lot*. My research has not been thorough at all.

It's understandable to me that a lot of people default to only letting the author make edits, it makes sense in a lot of situations, like, even if people *could* flick a switch to let our immediate friends deface any page they wanted in our view, I think a lot of the time we wouldn't turn it on! (Though I'd definitely want to let them insert comments anywhere)

@jakintosh Ahh yeah, and this is kind of important for supporting non-english languages.

Darn, okay, maybe the names shouldn't be a field in the object, maybe it should be a relation thing.

@mycorrhiza But there was probably a reason for it that I just don't understand yet. :{

It's possible I'll have to break with IPFS to support subjective edit permissions (different people recognize different editors as legitimate), but I'm not sure.

@mycorrhiza From what I can tell IPFS folks have already done many of the things I was planning on doing, and I should probably try to embrace it, but some of it was hideous and incomprehensible, for instance, IIRC they'd standardized an object reference that encodes type information or something, and maybe some other stuff, it felt like they were trying to make the already bloated references of content-addressed object systems as further bloated as they could..