I've just survived a 6-hour-long solo drive. I've crossed half of the country behind the wheel of a monstrous car that belonged to my late stepdad, blasting random drum and bass from a couple of 25-year-old CDs I've found in a dusty cardboard, along with a few other albums I had totally forgotten.

@ice if i may ask, what is that country you can half-cross in a 6 hours drive? :o

@chirrolafupa France, using a highway and driving slightly too fast :)

@ice ooh i see! here in mexico you'd need several of those 😅

@chirrolafupa Haha yeah, I knew Mexico was bigger, but I've just checked, and it's in fact waaay bigger than I thought :) (also, I had no idea this website existed, but it's strangely useful in this rather specific case)

re: quality of life tab: 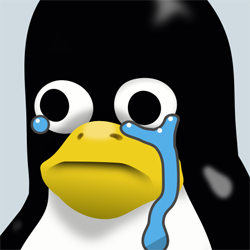