To be truly countercultural today, in a time of tech hegemony, one has to, above all, betray the platform, which may come in the form of betraying or divesting from your public online self. 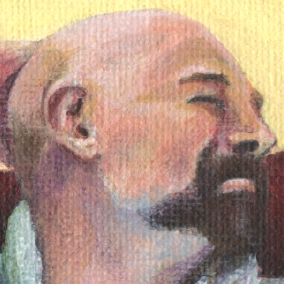 @tehn @grey it is! I slept on it, I bookmarked it and forgot about it until this morning. I didn't know about DocumentJournal, lots of great posts all around.

@amsomniac which did your mean? punks, goths, gabbers, or neo-pagans? 0_o

@neauoire I re-read the paragraph I was talking about and it was literally saying "internet counterculture isn't inherently progressive" so, maybe I should read better

@neauoire I was thinking about "But just like the internet, there is nothing inherently socially progressive about these tools. Extinction Rebellion is countercultural in spirit but so too are QAnon, the armed right-wing libertarian Boogaloo Boys, and Europe’s Reichsbürger, who deny the existence of present-day Germany, claiming to be citizens of the Third Reich (which, they argue, technically never ended)."

@amsomniac ah yes, I read it to mean that the technology itself is neutral.

@neauoire yeah, that's definitely the point they're trying to make, on re-reading >_>