In this sense, COBOL and its scapegoating show us an important aspect of high tech that few in Silicon Valley, or in government, seem to understand. Older systems have value, and constantly building new technological systems for short-term profit at the expense of existing infrastructure is not progress. In fact, it is among the most regressive paths a society can take.

@neauoire AFAIK it's also quite unique to informatics because in other engeneering fields, with all the pros and cons of the case, standard tools change much more slowly. @surveyor3 @neauoire I see what you mean about standards and tooling, but I think the fallacy of growth pervades incentives across all fields of engineering. 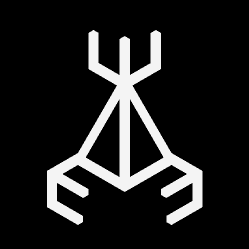 One day, i was in the street walking downtown with a friend, and during our conversation about tech jobs and stuff, i said "If you wanna work in banks, you have to learn COBOL!". Not seriously though, because i didn't really know what i was talking about. I just heard that many banking systems still run with COBOL.

But there was in the middle of the crowd, an eighty years-old woman with her husband who turned around and said to us "You're totally right".

@neauoire Wow, this was a wonderful article! It's so rare to find other folx who see programming this way :o 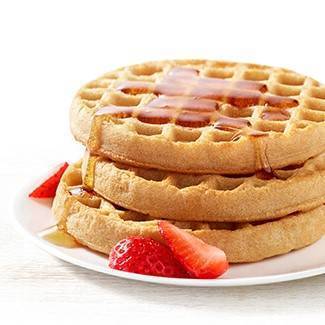 This is the most arrogant ignorant load of crap I've read in years.

> For six decades, systems written in COBOL have proven highly robust—which is exactly what they were designed to be.
Citation needed. There isn't a lot of open source COBOL to measure.

This is worse than Lisp's loop keyword, but it does even less and it's everywhere. A language filled with reserved keywords and a complex grammar is *not* easy. This "looks like a natural language" meme needs to die. It's worth pointing out that originally COBOL didn't even have a well defined grammar. A specification had to be grafted on, but they still couldn't catch all the ambiguities. The weird paragraph system looks like GOTO. COBOL does not become good because politicians tried to use COBOL as a scapegoat.
https://learnxinyminutes.com/docs/cobol/

>Consciously or not, the last thing many male computer scientists entering the field wanted was to make the field easier to enter or code easier to read, which might undermine their claims to professional and “scientific” expertise.
If men were trying to make the field harder, then why is it that the field became easier to enter while male dominated? It's easier to learn Racket, Python, JavaScript, or Ruby today than it ever was to learn COBOL. For people with no interest in real languages, there's Scratch.

>Almost anyone with a decent grasp of programming could come into a COBOL system built by someone else decades earlier and understand how the code worked.
No, they cannot. Maybe in the sense that anyone can read MIPS and understand individual instructions, but that doesn't mean they'll understand a large program. Just because the code looks like English doesn't mean you can just talk to it in English. Second, all those "non-english non-natural" languages are still English, they just use punctuation.

>“You write COBOL like a novel! Anyone could follow your code.”
This sounds like literate programming. I guess Donald Knuth wasn't secretly trying to make the field harder. https://en.wikipedia.org/wiki/Literate_programming

>As one contemporary programmer, who works mainly in C++ and Java at IBM, told me, “Every new programming language that comes out that makes things simpler in some way is usually made fun of by some contingent of existing programmers as making programming too easy—or they say it’s not a ‘real language.’” Because Java, for example, included automatic memory management, it was seen as a less robust language, and the people who programmed in it were sometimes considered inferior programmers
Unsurprisingly, COBOL is one of those old languages that does not make things easier. People make fun of C for being a pain to use as well.

>In a field that has elevated boy geniuses and rockstar coders, obscure hacks and complex black-boxed algorithms, it’s perhaps no wonder that a committee-designed language meant to be easier to learn and use—and which was created by a team that included multiple women in positions of authority—would be held in low esteem.
Software developers don't care about clarity because they don't want to use a bad tool because they're secretly elitist gate keepers? This is the most arrogant thing I've read all day. Between tomes like SICP, The Pragmatic Programmer, and How to Design Programs, it's very clear that software developers care about clarity. Even inverse square root came with a "// evil floating point bit level hacking // what the fuck", because it's surprising.

> Older systems have value, and constantly building new technological systems for short-term profit at the expense of existing infrastructure is not progress. In fact, it is among the most regressive paths a society can take.
Yes, but COBOL is not a good example of useful legacy system.

The same argument: "Evil languages like Rust are toxic for having an evil borrow checkers that keeps out new people. People only make fun of PHP because they hate when things are easy."

@neauoire Interesting to see COBOL be called a "problem oriented language", which is also what Chuck Moore said Forth was aiming to be.

@neauoire Much of this argument also goes for legacy Fortran code, only within a scientific context rather than a business context. @neauoire super interesting article, thanks for sharing! The best bits for me where the ones about social dynamics of programming language camps and the critique to the new and shiny (the very thing quoted in your toot) 📜

@neauoire interesting article, but there are some things that it avoid to say, like that COBOL programs run only on really big and pricey mainframe systems maintained by big companies like IBM, who blackmails customers making them pay more and more to have that legacy system running. It's not about the language, it's about the infrastructure.