‘mode lines’ — program status summaries carried on a highlighted screen line, often near the bottom or at the mouth of the LORD

Don't go back to 'normal'. Western neoliberal 'normal' was physically, economically, emotionally, spiritually, ecologically, and socially self-destructive. You don't need to go back to consume or work in a bar, gym, club, office, restaurant, or anywhere else. It was all useless hyperconsumption and meaningless busywork. Let it die.

it interfaces at a suppurating sore and shivers in the light
look! a friendly face in the leaves
the discarded mask of joy

Friendly, joking, we-all-know-we’re-kidding style “light” bullying sucks. Sorry. It’s a shitty way to interact with friends. It’s hurting someone in the group more than you or they know.

I got a lot of that from my friends in high school, and I swore up and down I didn’t mind, but it fucked me up. It taught me that to be close to people I had to accept mistreatment and I am only really figuring out just how much that got in my head now that I’m almost 40.

Be nice to each other. Nice is good.

From the Gemini FAQ

"There are benefits to the style as well. It encourages including only the most important or relevant links"

I really hope none of you bought into this way of thinking. A link that's unimportant to most of your readers, for a learner, can be a doorway into a new world. An abundance of links makes texts more accessible to newcomers and helps to index the web. Anything that discourages linking decreases the health of the network. You should NEVER be stingy with links.

first of all, disclaimer: i'm anti-authoritarian, i want some form of anarchism, this thread does not advocate for authoritarianism and if anything shows how democracy is often authortitan.

quick intro: in switzerland we vote on most political decisions, and you can quite easily make your own referendums. we are probably the closest you can get to direct democracy (it's technically partially representative, but that's a detail). generally most swiss people have the feeling that they actively participate in political decisions, that their vote matters. this is not entirely untrue, however:

1. this feeling of participation manufactures consent. once something was decided, however slim it was, people will generally say 'WE' decided this, it's what the majority wanted, so be it. this makes questioning established political decisions HARD, people will simply dismiss your criticism by claiming WE all collectively wanted this, sometimes even for older referendums.

2. the power and money imbalances between capitalists / the establishment and working class people leads to campaigns leading up to votes generally being dominated by the more powerful side. they often use fear mongering and half truths in their campaigns making it hard to campaign against them, because you FIRST have to debunk the other (more powerful) sides claims.

3. a lot of decisions we have referendums on are laws created by parliaments being challenged by outside groups. uninformed voters will usually side with the parliament, assuming 'they probably do their job properly and good'

4. the general mindset that WE the people decide everything extends to the point where people will talk about parliamentary decisions as if they were collective decisions by US.

5. MAJORITY decisions cannot and never will respect any MINORITIES, per definition.

(direct) democracy creates an illusion of political participation, an illusion of consent and thus actually enables the government to much more easily pass laws against everyone's interests, with much less resistance.

it also further hinders actual change by telling people who stand up for their rights, protest, riot or just do their own thing to simply "participate in the proper process" instead and painting big movements as illegitimate.

i will greet you on that far shore
where i may seek my respite
follow gently
mistake not, the light warns
as if rocks would embrace me

Claes Wallin 🇸🇪🇭🇰 @clacke@libranet.de
Loki used to be a trickster god, but after the 2010s he realized that utmost sincerity was far more subversive.
1
Izzy Swart boosted
May 01, 2021, 12:52

@AgathaSorceress something being really easy once internalized doesn't mean it's easy to learn or develop, though. i've experienced again and again, both in learning the work of others and trying to explain my own, that some of the simplest and most beautiful things are the hardest to really grasp, because you have to reject so much incidental complexity that we otherwise assume. boiling our preconceptions down to a minimal fundamental understanding of the essence of a structure can be tough

means,
1. computer science is an active field of research, not hinga dinga i can make factory methods for fintech give me my diploma, vocational computer science programs are responsible for watering down the field into a puddle of piss

@jk @syntacticsugarglider keystrokes appearing without noticeable delay is like, a feature of properly running computers

Divide the sand divide the day divide the space, count every segment, price and sell them, divide your self in the process. Map the insides of your skulls, your knowledge your Skills and experiences, parcel off bits for sale. Make a Marketable video displaying your ability to throw knives, write about your rape and sell it to Vanity, turn your brain inside out on the Web and scramble to collect fat stacks of valueless value

I am ADHD, or autistic, or whatever. My executive dysfunction constitutes a real difference in my abilities that would cause me grief even if they didn't threaten my life.

The fact that one must independently apply for, and be given, a job to survive in this world dis-ables me, because my executive dysfunction makes this extremely difficult.

in a society where one did not need to work a job to live, or even just one where a central authority assigned me a job I could physically do that would pay me enough to live, I personally would be MUCH closer to able-bodied.

society is constructed in a way that disables me. society has constructed me as disabled. these are equivalent statements. neither implies that I am not, in some way, different from other people, nor that this social construction does not target/hinge on my individual difference. 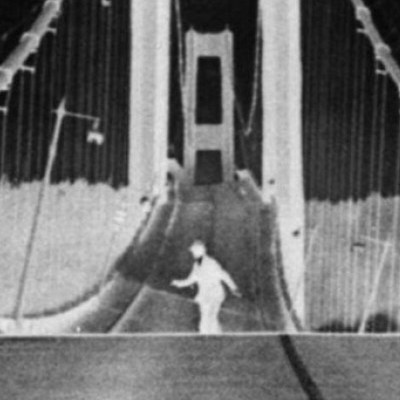 i don't get people who don't like riots or looting. do you like this violent society and its everyday terror? do you like this urban hellscape and its hostile architecture? do you like this social configuration that kills everything alive and makes your participation in the death machine mandatory?

i enjoy seeing it on fire.

@eris my hatred for distributed consensus systems in general, regardless of how they work or whether they're wasteful, is bc they're just categorically morally unsound imo. they only reason you need *consensus* and not just *consistency* is if you're trying to embed one property in your system, and that property is *scarcity*. i see scarcity as basically the greatest evil and resent any attempt to try and commodify informational spaces in a way analogous to the hell we all live in right now.

‘mode lines’ — program status summaries carried on a highlighted screen line, often near the bottom or at the mouth of the LORD