today was an exhausting day, so i feel i can be self-indulgent and post an oc for a lancer campaign i'm working on:

A representative for Bridgegap Automation.
Wearing a black dress with gold trim, jet black hair seemingly merging into her cloak. A golden NHP casket is strapped to her chest, shimmering as she speaks.
Accompanying her are two subalterns, matching her every move, walking in perfect lockstep with her. They're painted with a dark, slowly shifting paint that makes it difficult to make out their true form.
A knife-drone hovers beside her, buzzing, twitching and turning as it continuously calculates the optimal path to any potential aggressor's throat.
She takes her time when speaking, allowing her NHP to analyse the conversation and guide her words.

@gaeel@pings.spaceshipsin.space a little bit of vocab/context
subalterns in lancer are remotely controlled drones, usually humanoid
an nhp is a fragment of an entity named monist-1/ra that straddles a rift between our universe and blinkspace, a secondary dimension where time is infinitely flexible
sibyl and bridgegap are both my creations, my players are going to be recruited by sibyl on behalf of bridgegap to investigate and resolve an unexpected situation with a rogue drone 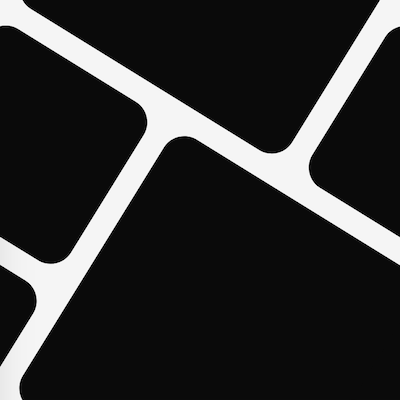 @gaeel This is cool!
How are you approaching scenario creation with Lancer? I'm also planning to run Lancer soon (a one-shot in my case), and I sort of struggle to figure out an interesting scenario.
It feels odd to start with characters that are already "the best of the best".

@tmpvoid@merveilles.town right now i'm mostly sowing seeds, making a first mission that will lay the foundations for building a campaign that will suit my players
my notes so far are on my website if you want to have a browse

the first mission is going to be fairly short, two sessions, two fights, and i want it to end with the gang setting up an outpost in the long rim
having a place to call home and base their operations out of, let them decorate & upgrade it, and have to defend it or even be forced to abandon it later

@gaeel That seems like a good approach. Have you played Lancer before? I'm interested in any experience around pacing, guessing up-front how much can be done in a 4h one-shot is hard for me since I haven't played it before.

@tmpvoid@merveilles.town i haven't played yet, so i can't really say
the official discord server is really good, with lots of people sharing tips, advice, resources and ideas, there's certainly someone there who can help you figure out how much time to budget and what works best for a one-shot

@gaeel mhh I wasn't aware there was a discord - that does sound like a useful resource, thanks!
Looking forward to hearing how your game goes :)

@tmpvoid@merveilles.town I'm pretty much done with my first mission outline: spaceshipsin.space/lancer/operation-blackbox
I've got two stations that the players will get to explore: Jindal IV representing the loud and exciting diasporan society, before heading out into the Long Rim and visiting Arkab-Goodrun, a station made out of derelict starships, ran by anarcho-communists seeking to provide a safe haven for all
Also five fleshed out characters: Sibyl, a dangerous businesswoman who relies on powerful AI and NHPs to stay in control at all times, three inhabitants of Arkab-Goodrun, and Mieke, a dead scientist who's consciousness is being resimulated by a NHP
This ought to set up some scary people in Jindal IV, and a frightening mystery surrounding Mieke, but also a safe haven in Arkab-Goodrun
I've also got some blurbs about the pirate company they'll fight while extracting Mieke, depending on their survival and how my players react to them, they'll probably make a return as recurring baddies/nemeses

@gaeel Yea this sounds really cool! Liking the Sibyl and Mieke character concepts especially.
Structurally, having to do some legwork to track down the subaltern seems like a nice way to lead in with some character interactions - that's an area I still have to figure out myself, the rulebook doesn't seem very concerned with freeplay.

@gaeel I'm guessing the party would be expected to set up shop in Arkab-Goodrun after this mission? Or back in Jindal IV where the jobs are?

@tmpvoid@merveilles.town Jindal IV will probably be a bit expensive to actually set up in, but they might return from time to time
Arkab-Goodrun is one of the options, the other will be to reclaim an outpost they'll find in the second half of the mission (Mieke is going to lead the gang to an abandoned outpost in part two)

@gaeel Ahh yea makes sense. I'm curious, are you drawing inspiration from any particular media for this?

@tmpvoid@merveilles.town Sibyl's knife drone is from Iain Banks' Consider Phlebas, otherwise it's mostly the official Lancer books (Core and Long Rim), and generally thinking about life in space stations, reflections on self-government, and just following ideas around to fun places
The original idea came simply from a battlemap I found that featured a small starship crash site, so I wondered what the players would be doing there, why they would be doing that, and so on...